A weekly series on a real estate lead generation idea to try.

This week is on https://NextDoor.com

Next door is a new social network that is getting a lot of local peoples attention on it because of the community aspect of it. If you’re from outside the neighborhood, you can’t join. Because it’s still new, this gives you a chance to be an early adopter and community leader.

“Nextdoor is the private social network for you, your neighbors and your community. It’s the easiest way for you and your neighbors to talk online and make all of your lives better in the real world. And it’s free.

People are using Nextdoor to:

Quickly get the word out about a break-in Organize a Neighborhood Watch Group Track down a trustworthy babysitter Find out who does the best paint job in town Ask for help keeping an eye out for a lost dog Find a new home for an outgrown bike Finally call that nice man down the street by his first name Nextdoor’s mission is to use the power of technology to build stronger and safer neighborhoods.”

How can Next door help increase your real estate lead generation?

It’s hyper targeted local people forming a community online and other businesses can’t join in if they don’t live there. Basically meaning there will probably be 1-3 Realtors per community (Most probably have 0 Realtors right now) and gives you a chance to connect with your neighbors online.

How does it work?

It has a feed very similar to Facebook where you can post and read updates. The only difference is, there isn’t really a friend list it’s just your neighbors which you automatically get updates from. 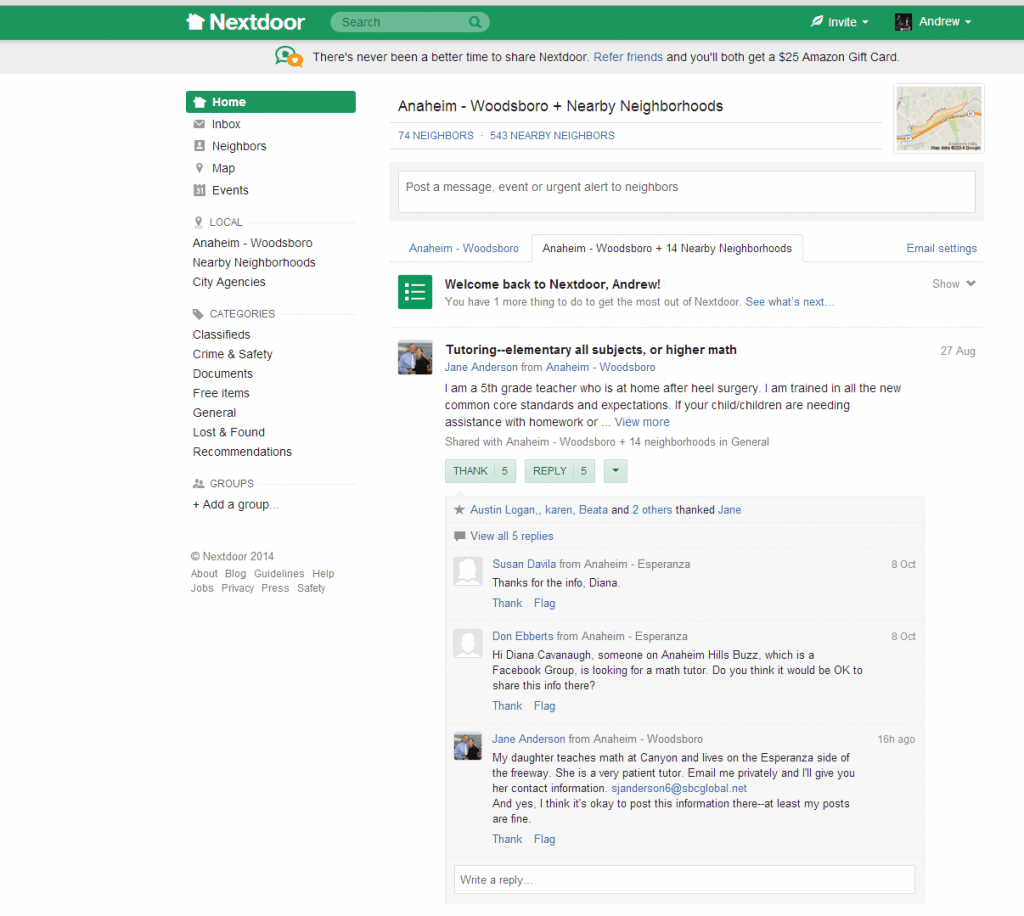 There is also a specific tab called recommendations where you can actually list your own business.  It’s still new which means it’s not over saturated  with spammers and probably will never be because of the community only aspect of it. 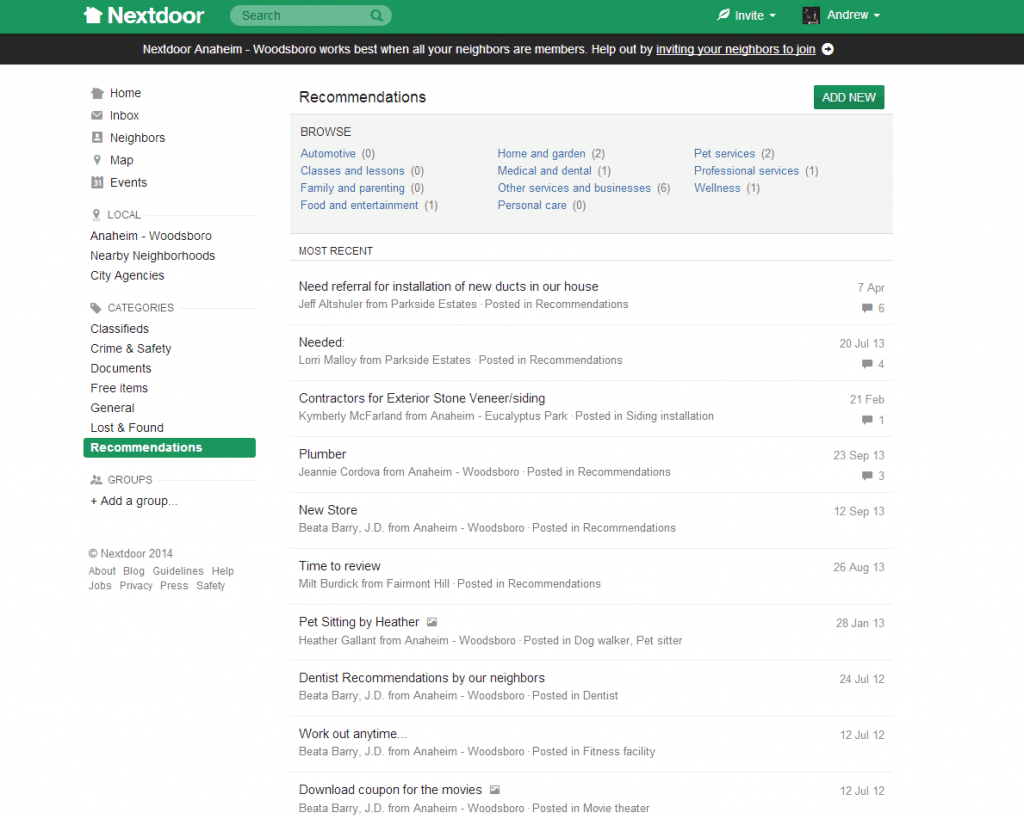 I wouldn’t expect when using this for leads to come flocking to you, rather I think it would be a great place to actually build rapport with local community members and also planning some events. It gives you an open door inside the community that you live in. If used creatively it can be a great source in building up your sphere of influence and reputation.

Special shout out to Jacob Grant for putting us on his real estate blog list. 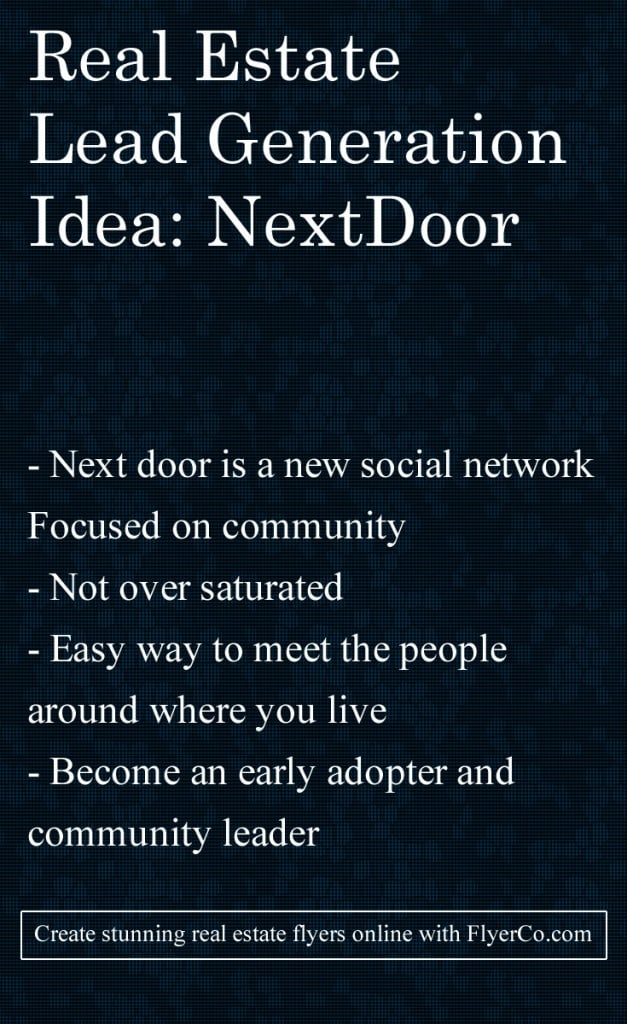